Linux User-base is below 1%: And it is Changing 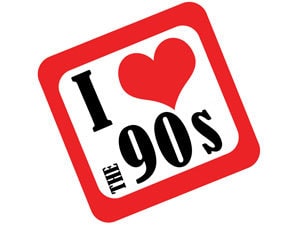 Let’s set up some grounds before I proceed, and shift ourselves back in early, early Nineties of Technology. WWW was the-next-big-thing, getting “online” was cool. More than 50% of the first-world nations (as they like to call themselves) had internet access. People started spending more time in chat rooms within their own rooms, thanks to AIM and ICQ. IRC (Internet Relay Chat) was every nerd’s underground of dark discussions. Computers left laboratories and entered living rooms.

Not long before (early 80s), Richard Stallman began first-of-its-kind movement, creating Open Source software which is free for everyone to modify and use under the project GNU (recursively abbreviated for; GNU’s Not Unix), which included handful of applications and an Operating System. On the other hand, a champ from Finland, Linus Torvalds, was hacking around with computers during the college project and created a portable Kernel that only supported the hardware he originally had. The result was Linux. Actually, he created it due to facing licensing issues with then popular OS MINIX, and he wanted it to be called Freax (the letter “x” was bizarrely present in name of every Unix-like OS name), but thanks to the internet age, the OS was titled as Linux (coming from his surname Linus, and the ubiquitous letter “x”).

Since then, thousands of developers joined in and Linux became one hell of an OS that could run virtually on any hardware. Ubuntu, Fedora, RedHat, etc. took over on desktops, Linux was no longer a terminal-only thing. Here’s how the first GUI variants of Linux looked like (Slackware 1.01, year 1993) running XFree GUI, a variant of X Window System. 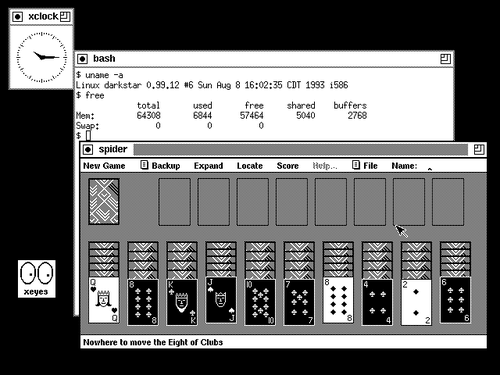 Over last couple of years Linux has been in constant evolution, added support for numerous hardware combinations. Desktop Linux is taking on mainstream computing by Linux variants like Ubuntu and its derivatives (I’ll be focusing on Ubuntu, specifically). Earlier we used to hear that Linux meant for servers but this no longer is the case. 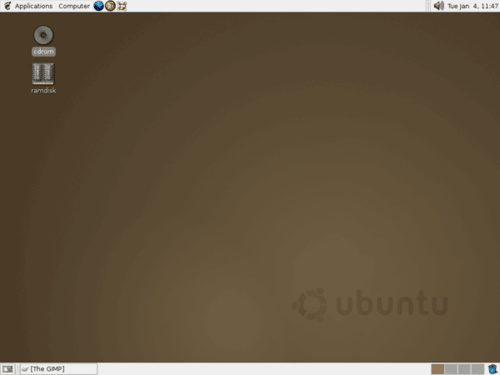 Back in 2004, when Ubuntu (version 4.10) was released, it was not more than yet-another-linux, with usual GNOME desktop and set of its default apps, just with different theme and wallpaper in every release it made. Till year 2010, Ubuntu remained all the same, shipped with latest version of GNOME desktop, just with a different skin. Let’s face it, but GNOME copied many, many of its UI elements directly from macOS X.

So what was stopping Ubuntu, or any Desktop Linux variant for that matter, from being mass adopted in personal computing ruled by Microsoft Windows and macOS X? Answer is, lack of originality. Yes having something original and unique is difficult these days. While GNOME was already heavily inspired from Mac and Windows in many ways, hundreds of Linux distributions (or distros) were shipping it as is with just different set of icons and color schemes, and above all, if there exists any instability in core GNOME app, it is by default exists on every distro it ships with, which is annoying, and Ubuntu was no exception to this.

But then came Unity, Canonical’s (company behind Ubuntu project) own desktop shell built on top of GNOME and Qt. It was originally targeted for Netbooks (yes those cheap and small laptops which are dead now) but eventually made into standard Desktop starting with Ubuntu 11.04. It was hated, rejected, many loyal Ubuntu users (including me) either changed default desktop back to GNOME or jumped to another distro. But, Unity had the future, bright future, Canonical continued to support its development and it became mature, more polished, and more over, it was something unique in its own way. People could distinguish Ubuntu running Unity from other popular distros which all looked same. It wasn’t only about how Unity looked, with each version from 11.04, Ubuntu became more stable rather than shipping buggy new features. Again this approach matches a lot with macOS X, but Ubuntu releases are frequent (every 6 months) and free (community-driven open source development) which makes it special. 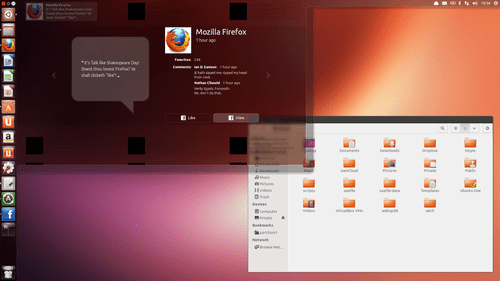 Above all, Canonical announced Ubuntu OS during Mobile World Congress this year, which aims not only to get the OS in our mobile phones but make Ubuntu a unified OS that runs across different hardwares and form-factors. This surely is the move to keep up in handheld device race which is declining PC sales to a greater extent in the Post-PC era (as Apple calls it).

On the other hand, Canonical has already partnered with big names to bring Ubuntu-ready devices in the market which is a bold move where proprietary software vendors (Microsoft, Apple, BlackBerry to name a few) are having large consumer share.

Where Linux Is Heading?

Above phenomenon was just so much about Ubuntu, but if we look at only Linux and its prevalence, then Android needs no introduction here. It is open and growing really fast, 1.5 million daily activations as of April 2013 as pointed by Eric Schmidt in Dive Into Mobile 2013, that even any other Linux-based counterpart will get a tough competition in merely a survival, ask Nokia for that matter, which killed all its open source efforts to create mobile phone OS, Meamo, Moblin and Meego (all are different names of exact same project) which never got a commercial success. A matured platform like Symbian also saw its end of life when Nokia finally adopted Windows Phone (which is gaining fair share of success already). But that is not keeping Linux and OSS movements back, projects like Ubuntu, Tizen, Sailfish, etc. have its own share of believers and users.